Star Wars: The Last Jedi is written and directed by Rian Johnson, and stars Mark Hamill and the late Carrie Fisher alongside series newcomers Adam Driver, Daisy Ridley and John Boyega. It was revealed that Fisher had finished shooting her scenes on the film before her death in 2016*3.

Star Wars: The Last Jedi will be released on 15 December.
See also 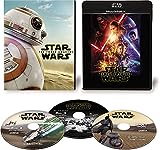 « 松方弘樹 One hour after »
プロフィール