The heavy metal singer, Ronnie James Dio, has died at the age of 67. He had been suffering from stomach cancer.

Dio was best known for fronting Black Sabbath after the departure of Ozzy Osbourne, but he was also involved in the bands Elf, Rainbow, Heaven & Hell and Dio during a career stretching over 53 years.

His current band, Heaven & Hell, which features other former members of Black Sabbath, had announced earlier this year that they were pulling out of their summer commitments due to the singer's ill health.

His death this morning was announced by his wife and manager, Wendy, on his official website. She said: "Today my heart is broken, Ronnie passed away at 7.45am 16th May. Many, many friends and family were able to say their private good-byes before he peacefully passed away. Ronnie knew how much he was loved by all.

"We so appreciate the love and support that you have all given us. Please give us a few days of privacy to deal with this terrible loss. Please know he loved you all and his music will live on forever.

More than 7,500 people posted tributes to the singer on his official Facebook fan page within a hour of his death being announced.

Dio rose to fame in 1975 as the first lead singer of Rainbow, the heavy metal band put together by guitarist Ritchie Blackmore, who had just quit Deep Purple.

He then replaced Osbourne in Black Sabbath in 1980 with the album Heaven And Hell, widely considered to be one of the best heavy metal albums.

His on-off tenure with Black Sabbath led fans to debate whether he or Osbourne represented the true essence of the band. Dio is widely credited as having popularised the "devil's horns" gesture in heavy metal music during his time with the band.

"He possessed one of the greatest voices in all of heavy metal, and had a heart to match it," said Twisted Sister guitarist Jay Jay French, whose band had toured with Dio and was to do so again this summer at European rock festivals. "He was the nicest, classiest person you would ever want to meet."

ever saw Dio perform live and, now he has died of stomach cancer at 67, I never will. With a whole generation of rock stars from my youth now entering old age, metal is going to have get used to its heroes passing not in plane crashes, or from the effects of partying, or in other rock'n'roll ways. They are going to die of the things that kill ordinary people, a reminder that the swords and sorcery are not real, and that beneath the leather and the hair lurk real people who have sometimes, like Dio, done remarkable things. 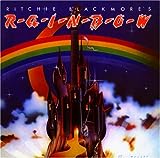 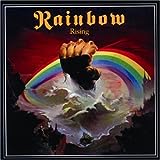