The singer has his reasons, which he has rephrased countless times over the decades, turning many of his responses into punch lines: “It would be like sleeping with your ex-wife again without having sex.” Engage Plant more deeply on the subject of what it means to play music, and he’ll tell you it’s all about discovery, new challenges. He sees a Zeppelin reunion as a nostalgia piece “fired by youth and a different kind of exuberance,” as he once said.

Part of his response suggests that it would be difficult to do anything Zep-related on his terms; that is, to create and perform new music rather than rely on rehashing the past. Even if Plant, Page and Jones reunited to make a new album, would fans want to hear them play it in concert at the expense of Whole Lotta Love and Stairway to Heaven? And if the band was somehow persuaded to crank up the ‘70s jukebox, could Plant hit those high notes and conjure the bravado of the bare-chested “golden god”? 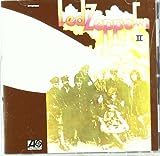 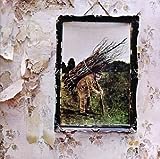 Plant certainly has his doubts. Call it integrity, common sense or just plain old distaste for reliving the past, the singer is that rare ‘70s superstar whose second act is as artistically rewarding ? if not as financially lucrative ? as his first. Even when he performs Zeppelin songs these days in concert, it’s with a twist, taking the music back not only to its roots in Mississippi Delta blues, but to the shores of West Africa. At a recent show in Grant Park on Chicago’s lakefront, Plant and his genre-bending band, the Sensational Space Shifters, refashioned Whole Lotta Love around a droning, one-string African fiddle rather than an electric guitar. A trance-inducing mix of keyboards and stringed instruments supplanted the flying metal shards of another Zep warhorse, Black Dog. Plant wasn’t trying to shout so much as snake through the songs, darting and diving between the syncopated beats and finding melody lines inside the band’s shadowy interplay.