A well-read and inquiring mind whose background as a Young Communist in South Wales segued smoothly into the squat-scene theoretics of the punk era, Gartside set out his own mission statement on Scritti's reputation-making 1982 single The "Sweetest Girl". Drawing attention to the loaded nature of pop language, he put inverted commas inside the title. "The weakest link in every chain, I always want to find it," he sang, "The strongest words in each belief, and find out what's behind it." The tension between Gartside's appetite for deconstruction and his longing to abandon himself to the wordless joys of pop have nourished and tormented him ever since. 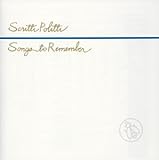 The compilation Absolute begins in exactly that kind of delirious pop daze, with a five-track assault from Scritti's period of peak popularity. He recorded them in New York with Arif Mardin, the pasha of R&B who had produced such premium soul products as Anita Baker, Patti LaBelle and the Bee Gees. To work with such an elite craftsman was an outrageous move for anyone of the DIY punk generation, but Gartside did it anyway. "I wanted to know how it felt to make a record like that."

In those days you had to declare any previous membership of the Communist party on your US visa application. Though Gartside had helped out at the party's HQ in Covent Garden ("Interesting times . . . there were letter bombs going off while I was organising gigs with Aswad and Sham 69"), he had never been a full adult member of the party. On his first visit to America, US immigration delayed him for hours for a different reason: an official had clipped a note with the word WEIRD on his passport. "I was wearing a tricorn hat at the time," Gartside recalls.

The New York sessions were the making of Scritti. "The same will behind my desire to make punk was behind my desire to make big beat pop," Gartside explains. "The idea of the critical privileging of rock music as the unmediated, the truthful and honest as against pop as the derivative, mediated, commercial and superficial . . . that interested me. After the album came out I got endless stick for making bourgeois pop music, but stick has never bothered me."

Mardin proved to be a "charming, delightful gentleman" who nurtured Gartside even though the singer knew he was out of his depth. At the end of each session they would repair to the producer's apartment on Central Park West where he would prepare his "Mardinis". The result was the planet-eating gorgeousness of Cupid & Psyche 85, but also pop stardom for Gartside, a burden he found insupportable. "A genuine breakdown ensued," he says, and the hastily recorded 1988 follow-up album Provision flopped. 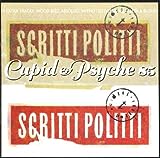 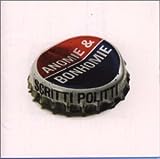 Towards the end of Absolute there's an annexe of what Gartside calls "juvenilia and pre-history" including the pre-pop anti-music of Skank Bloc Bologna from 1978. The early Scritti divided its audience savagely. Chris Cutler, drummer with one of Gartside's favourite bands Henry Cow, mailed his copy of Skank Bloc back to Scritti at their squat with a message that they should leave the music business to the professionals. ("At least he sent it back in one piece. Most people smashed it first.") The song alluded to political upheaval in Italy and specifically Gramsci's theory of the historical bloc of the underclass. In the 21st century civil unrest is back on the agenda, not just in old Europe but the previously repressed Middle East, and Scritti Politti are back on Rough Trade Records. Has Gartside's world gone full circle?

There's nowhere near enough rioting or dissent in the UK, he thinks, but then again Gramsci did say that civil society could absorb incredible economic or political shocks and people would carry on as normal. Gartside still thinks of himself as a man of the left, primarily because the alternative doesn't bear thinking about. "But it's a question of, which left do you want to be part of? I'm a political apostate, really. I just drifted away, as many people do." この記事の最初の方で触れられていたのだが、スクリッティ･ポリッティを聴いて哲学を志し、哲学者になったという人は（少なくても米国では）いるんだ。さて、日本では？