A new scientific study claims that bones found in 1940 on the Pacific island of Nikumaroro belong to Earhart, despite a forensic analysis of the remains conducted in 1941 that linked the bones to a man*4. The bones, revisited in the study “Amelia Earhart and the Nikumaroro Bones” by University of Tennessee professor Richard L. Jantz, were discarded. For decades they have remained an enigma, as some have speculated that Earhart died a castaway on the island after her plane crashed*5.

The bones were uncovered by a British expedition exploring the island for settlement after the team came upon a human skull, according to the study. The expedition’s officer ordered a more thorough search of the area, which resulted in the discovery of several other bones and part of what appeared to be a woman’s shoe. Other items found included a box made to hold a Brandis Navy Surveying Sextant*6 that had been manufactured around 1918 and a bottle of Benedictine, an herbal liqueur. アメリア・エアハートを巡っては、日本軍に捕まったという説が絶えることがなかった。

Earhart’s disappearance has long captivated the public, and theories involving her landing on Nikumaroro have emerged in recent years. Retired journalist Mike Campbell, who wrote “Amelia Earhart: The Truth at Last,” has maintained with others that Earhart and her navigator, Fred Noonan, were captured in the Marshall Islands by the Japanese, who thought they were American spies. He believes they were tortured and died in custody*7.

But Ric Gillespie, director of The International Group for Historic Aircraft Recovery (TIGHAR), spoke to The Washington Post’s Cleve R. Wootson Jr. in 2016 about how he also believes the bones found on Nikumaroro belong to Earhart*8. An uninhabited coral atoll also known as Gardner Island, Nikumaroro is part of Kiribati, a former British possession in the central Pacific that used to be called the Gilbert Islands.

In June 2017, researchers traveled to Nikumaroro with dogs specially trained to sniff the chemicals left behind by decaying human remains. They thought they might discover a bone, and were especially hopeful when the dogs seemed to detect the scent of human remains beneath a ren tree. But there were no bones.

A week later, the History Channel published a photo suggesting Earhart died in Japan. Based on a photograph unearthed from the National Archives, researchers said Earhart may have been captured by the Japanese after all, as the photo showed Earhart and Noonan, in Jaluit Harbor in the Marshall Islands after their disappearance.

In the photo, according to The Post’s Amy B Wang, “a figure with Earhart’s haircut and approximate body type sits on the dock, facing away from the camera. … Toward the left of the dock is a man they believe is Noonan. On the far right of the photo is a barge with an airplane on it, supposedly Earhart’s.”

After the History Channel program aired, a Japanese military-history blogger matched the photo to one first published in a 1935 Japanese travelogue, two years before Earhart and Noonan disappeared*9.

The History Channel released a statement addressing the discrepancy.

“HISTORY has a team of investigators exploring the latest developments about Amelia Earhart and we will be transparent in our findings,” the statement read. “Ultimately, historical accuracy is most important to us and our viewers.” ヘザー・ノヴァの”I Miss Sky(Amelia Earhart's Last Days)”を再度マークしておく。 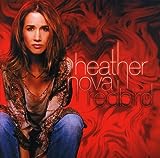 *4:“Amelia Earhart and the Nikumaroro Bones: A 1941 Analysis versus Modern Quantitative Techniques” http://journals.upress.ufl.edu/fa/article/view/525/518

*7:See Cleve R. Wootson Jr. and Amy B Wang “A ‘bogus photo,’ decades of obsession and the endless debate over Amelia Earhart” https://www.washingtonpost.com/news/retropolis/wp/2017/07/11/a-bogus-photo-decades-of-obsession-and-the-endless-debate-over-amelia-earhart/