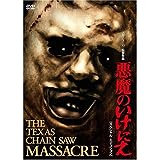 There can be no argument as to The Texas Chain Saw Massacre, the 1974 horror film about a group of teenagers who fall into the clutches of a psychopathic family, being one of the most pervasively disquieting films ever made. Its uniquely rotten, insidious flavour is the result of macabre production design, degraded cinematography, clammy lighting and a sophisticated and abrasive use of sound. Like George A Romero*2’s Night of the Living Dead*3 and Wes Craven*4’s The Last House on the Left*5, the film used horror to express the discontentment of a country reeling from Vietnam and widespread social unrest. Fans included Ridley Scott (“It shocked the hell out of me”), Stanley Kubrick, who bought his own print, and William Friedkin, director of The Exorcist, who said it “transcended the [horror] genre”.

Its writer-director, Tobe Hooper, who has died aged 74, was already working on a story about young people in peril when he found himself one weekend in the hardware department of a busy store while trying to locate the exit. “I looked down and there was a rack of chain saws in front of me for sale. I said, ‘if I start the saw, those people would just part. They would get out of my way.’” So was born a movie – and a character, Leatherface, the chain saw-wielding brute wearing a mask of human skin – that would become a benchmark in horror and a thorn in the side of film censors everywhere.

Ten local authorities in Britain showed the film with an X rating after the BBFC (British Board of Film Censors, as it was known until 1984) refused to issue a certificate in 1975 on the grounds that the picture exemplified “the pornography of terror”, though when that body finally relented in 1999, it noted that “there is no explicit sexual element in the film, and relatively little visible violence”*6. Indeed, Hooper’s greatest achievement is to have created an atmosphere of extreme dread and distress chiefly through insinuation.

It will be some small compensation for audiences terrified by the film that it was even more hellish to work on than it was to watch. The stench of animal bones and carcasses in the stifling heat caused cast and crew members to throw up. There were accidents and injuries (“Everyone had got a ding on the head or a cut to this or that,” noted Hooper) while the clutch had to be removed from the chain saw itself after an actor fell while operating it. Hooper engineered divisions among his cast to create tension and refused to let them see Leatherface until their first encounter with him on camera. “That was the heaviest set I’ve ever been on,” the director said. “It was miserable really.”