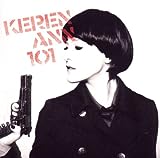 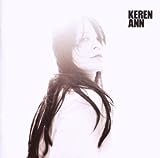 "My music is much easier to explain as a picture," she says, midway through one such monologue. "All the arrangements, textures, all the colours and the way you mix them… It's frequencies instead of pigments." She laughs, semi-apologetic, and drinks her black coffee. "I know it sounds very pretentious."

Her sixth studio album, 101, features lyrically sophisticated songs brought to life with a staggering array of instrumentation – choirs, string sections, horns, synths and pianos – that still retains the cool, controlled, noirish style that has become her trademark. Despite the self-consciously detached sound, her subject matter has an extremely personal resonance. The friction between the two elements proves strangely addictive, if unsettling, to listen to. "I only write about things I've known or experienced," she explains. "About love, loss, detachment, attachment. It will always be something I went through but I will use a narrative to make it more fun. The most important thing when you write is to be honest about what you're saying."

Does she think she is melancholic?

She nods, her hair quivering. "What attracts me in general is melancholy in every form of art. With classical music, for me it's always been more Chopin and Ravel than Mozart… but I'm not at all tortured. I have my dark moments but I don't blame the world." She smiles, her red-painted lips splitting like fruit. "I would if I took a lot of drugs – you end up blaming the world for your suffering; chemicals have that effect. But luckily I'd rather have good food, good wine with friends. In the studio I can be the darkest person in the world but I don't take it outside. I think that's the woman's way of doing things. They have maternal instincts but they know how to separate being the mother and the child, the dependent and the one who's in control." また、幼少時における音楽的影響；

Her early musical experiences, too, have proved lastingly influential. "Growing up, I was listening to Bob Dylan or Leonard Cohen. My dad listened to crooners like Sinatra, Chet Baker and Billie Holiday. My mum listened to Serge Gainsbourg, and I was attracted to his sound, the way he recorded the drum, the bass, the strings... it became obsessive for me."