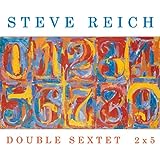 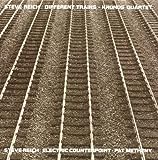 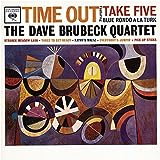 (…) What happened with 2 x 5 was, I wanted to write for rock instruments, and particularly for the electric bass, believe it or not. Why? Because you can have interlocking bass lines, which on an acoustic bass, played pizzicato would be mud. Play those same lines on electric bass, and they snap. You can hear every note. When you hear 2 x 5, the rhythm section, curiously, is the electric bass, Robert Black, and the piano, played by Evan Ziporyn. The drummer, David Cossin, who has done some amazing things on his own with my music, comes in from time to time as extra energy and new color. It's a different role for the drummer.(...)

Well, we'll never know. But, my guess is he would have loved it. Or maybe I can't separate my guess from my hope [laughs]....I mean, if he were around to soak up the musical culture we're living in, as he soaked up the musical culture he was living in, he would certainly have been interested in this direction. Weill was a student of Busoni and obviously knew the cabaret scene as well. He had the whole picture. He was the first “serious” musician to really understand that deeply –and then George Gershwin*10 was a close contemporary. In a sense, both these pieces continue in that tradition. Another thing Weill confirmed for me (…) was the necessity of creating your own instrumental groups rather than ill-fitting pre-established ones. The Threepenny Opera is a masterpiece partly because Weill wisely avoided the orchestra and substituted his brand of cabaret band. Likewise with vocal style: no operatic voices but cabaret style singing as well. I discovered back in the 1980s that I really don't need to write for the orchestra, because it's not good orchestration for me, to have eighteen firsts and sixteen seconds, and so on. I really need one solo amplified violin, or perhaps three, but no more than that. And that's because my music is basically contrapuntal, it's basically more Baroque than Romantic. Having that large instrumental apparatus is just bad acoustical procedure and doesn't produce the right results. So I went back to what I had been doing, which was creating different chamber ensembles with each piece. My inspiration is my instrumentation. Double Sextet has strings, winds, percussion and piano, a kind of mini-orchestra, which I think really works. 2 x 5 takes a rock group, doubles it, and then has them play something very rhythmic they clearly can play, but haven't ever played before.