A number of stories, written by hand in pencil, have been sitting in the vast Fitzgerald archives donated to Princeton University by the writer's daughter in the 1950s.

Andrew Gulli, editor of The Strand magazine, believes he read many that will be included in the new anthology when selecting a previously unseen Fitzgerald work, Temperature, to publish on the magazine's pages in 2015*2.

"Going through the archives was very, very exciting," he recalls.

It is not just the controversial subject matter, though, that stopped these stories from being published.

Fitzgerald left many projects unfinished, abandoning anything he did not consider his best, Gulli says, and his tumultuous lifestyle increasingly affected his writing.

By the 1930s, his heavy drinking was destroying his health and with Zelda frequently confined to specialist clinics for schizophrenia, he was struggling professionally as well as personally and financially.

His writing - so associated with the Jazz Age of the 1920s - had also gone out of fashion in the aftermath of the Great Depression, says Kirk Curnutt*3.

"He was having a tremendously hard time selling stories," he says.

"His style was stereotyped, and his rich and extravagant language fell out of favour."

Ernest Hemingway, John Steinbeck and William Faulkner were more in tune with the times.

When Fitzgerald died in 1940, at the age of 44, he considered himself a failure. But in the following decades his novels The Great Gatsby and Tender is the Night came to be regarded as 20th Century classics.

So why weren't the stories published then? This has to do with the control exerted by Fitzgerald's family, estate and literary agents, according to Curnutt. 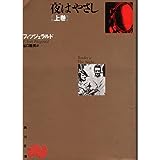