"My travels mainly take me to cities. The book is not about biking across the Lake District or Utah," says Byrne on a spectacularly sunny afternoon in a quiet cafe in the city of Ghent, Belgium. He has his bike with him, of course, and plans to cycle to the other side of town to visit an exhibition in a converted mental institution later that afternoon. "To some extent," he says of the book, "it's about the surface that presents itself to us in cities, and I dig a little bit deeper than the surface."

Swashさんはバーンのこの本を村上春樹と比較している――”It has a meditative quality, reflecting the way Byrne lets "the unconscious and subconscious thoughts bubble up" as he cycles around Berlin or New York or San Francisco, and it presents itself as a sort of love affair with cycling in much the same way Murakami extolls the virtues of long-distance running.”
また、倫敦でのサウンド・インスタレーション、” Playing the Building”*1の話。
そして、トーキング・ヘッズ再結成拒否について；

"I tend to think it's about the listener of a certain age trying to recapture a moment in their youth, and hoping that we can help them rekindle whatever they felt at a particular moment. And I think, that's not my job. That's not what I do." Asked whether he considers those formative years in Talking Heads a happy time, he appears surprised by the question. "Actually no. I wasn't miserable, but I wasn't particularly happy. I was driven and obsessive and socially isolated, which in the end worked fine for getting me to stay home and write things and work on records. But it didn't make me particularly cheery." 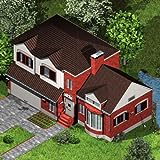 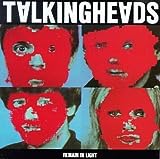 That this most recent album kicks off with a song called Home is striking, because the idea of home, what it means, where it is and whether it is a place of comfort or alienation, is a subject that has haunted Byrne's music since the beginning. It is at the centre of the most famous Talking Heads song, Once in a Lifetime – "And you may tell yourself, this is not my beautiful house!" – and it is the first word sung – "Home, it's where I want to be" – in arguably their best song, This Must be the Place. When asked about this ongoing theme, Byrne laughs. "I know, I keep doing that! I guess it's a way of asking who you are. Who I am? Is this where I belong? Am I comfortable here? Because a home isn't just the house you live in but the psychological space you make for yourself. I think it's all that. I guess it's a way of asking myself over and over again, 'Are you all right now?'" 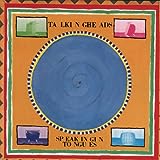 Geographically speaking, home for Byrne is still New York, where he moved in the 70s. But perhaps the question of home keeps coming up because Byrne describes his childhood upbringing in Maryland as breeding in him a "disdain for the suburbs". In contrast to the way cities stimulate his mind, Byrne displays boredom and unease when he finds himself in suburbia.