The band's influence on rock, art rock and punk was memorably summed up by Brian Eno's observation that although the first Velvet Underground album may have sold only 30,000 copies in its first few years, "everyone who bought one of those 30,000 copies started a band". と述べている。 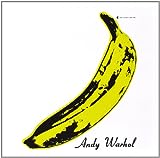 The writer Salman Rushdie opted to commemorate the singer in a message heavy with references to his songs: "My friend Lou Reed came to the end of his song. So very sad. But hey, Lou, you'll always take a walk on the wild side. Always a perfect day."

When a famous rock star dies, there's a natural tendency among fans and journalists alike to overstate the late figure's importance: the former out of grief, the latter because it makes better copy.

Elvis, Beatles and Dylan fans might be wont to disagree, but there's a compelling argument that their 1967 debut The Velvet Underground And Nico is the single most influential album in rock history. Certainly, it's hard to think of another record that altered the sound and vocabulary of rock so dramatically, that shifted its parameters so far at a stroke.

Vast tranches of subsequent pop music exist entirely in its shadow: it's possible that glam rock, punk, and everything that comes loosely bracketed under the terms indie and alt-rock might have happened without it, but it's hard to see how. また、詩人としてのルー･リードを巡って；

The Velvet Underground certainly weren't the only band in the late 1960s to attempt to bridge the apparently vast gulf between rock and roll and the avant garde and Reed certainly wasn't the only writer who thought that song lyrics could have the same gravitas and importance as "serious" literature.

But they were the ones who made bridging that gulf sound like the most natural thing in the world. However challenging their music got for the listener, it never sounded laboured or self-conscious, just as there was nothing showy or pretentious about Reed's lyrics: what he aimed for was to depict life in an edgy Lower East Side demi-monde – drugs, a variety of sexualities – in the spare, hard-boiled style of Dashiell Hammett and Raymond Chandler.