Plus new single due out in April

Kate Bush has re-recorded some of her old material for release on a new album this May.

The elusive singer is revisiting a selection of songs from her 1989 album 'The Sensual World' and 1993's 'The Red Shoes'. The new record will be named 'Director's Cut' and will come out on May 16.

Rather than completely re-recording the old tracks, Bush's spokesperson said she has reworked elements of the songs with the aim of making the album an audio 'director's cut' of her old material.

A reworked single, 'Deeper Understanding', which originally appeared on 'The Sensual World', will be released in April.

The album will be released digitally, on a CD, on vinyl and in a case-bound book.

Bush's spokesperson has said that the fame-shunning singer is working on further new material, although no release plan has been announced.

After the birth of her son Albert in 1998 Bush decided to step away from singing in public. Her last album was 2005's 'Aerial'.
http://www.nme.com/news/kate-bush/55403 新譜といっても〈新作〉ではなく（新作の準備も進んでいるということだが）、The Sensual WorldとThe Red Shoes収録の曲を「再録音した」ということ。つまり、所謂セルフ・カヴァー？ 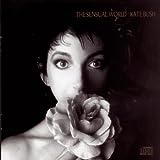 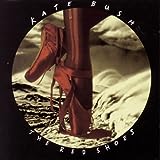 Kate Bush has hinted that she may perform live again - 32 years after her first and only tour.

The 'Wuthering Heights' singer last hit the road in 1979 - and has said she wants to make her return before she becomes "too ancient".

"Maybe I will do some shows some day. I'd like to think so before I get too ancient - turn up with me Zimmer frame," she told Mojo.

Bush continued: "I still don't give up hope completely that I'll be able to do some live work, but it's certainly not in the picture at the moment because I just don't quite know how that would work with how my life is now."

The singer is due to release her new album 'Director's Cut' on May 16.

Bush has re-recorded tracks from her 1989 album 'The Sensual World' and 1993's 'The Red Shoes' for the record.

A spokesperson for the singer said she is working on further new material, but no release plan has been announced.
http://www.nme.com/news/kate-bush/56286 Mojoに彼女のインタヴューが載るの？ ただし、あくまでも”hinted”であり”don't give up”だからな。