James Brown, the Godfather of Soul, whose career spanned more than 50 years and who influenced the evolution of rap, funk and disco, died early Christmas morning in an Atlanta hospital. He was 73.

Brown, who had been admitted to Emory Crawford Long Hospital on Saturday for treatment of pneumonia, died at about 1:45 a.m. Monday of pneumonia and congestive heart failure, according to his agent, Frank Copsidas of Intrigue Music. The music legend, known for an exhausting touring schedule and sweat-drenched, hard-charging live shows, had seemed to be on the mend at first, even telling people he planned to be on stage in New York on New Year's Eve at B.B. King's nightclub.

Brown's long string of hits tells only part of the story of why he mattered so much in R&B and pop music. Among his hits were "Papa's Got a Brand New Bag," "Get Up (I Feel Like Being a) Sex Machine" and "I Got You (I Feel Good)."

The rest of the story has to do with his drive, his inexhaustible power to reinvent himself and his indelible impact on other performers and pop music of many varieties. Performers as varied as Mick Jagger, Michael Jackson, David Bowie and Public Enemy were influenced by Brown's musicality and unique style.

"What James Brown was to music in terms of soul and hip-hop, rap, all of that, is what Bach was to classical music. This is a guy who literally changed the music industry."

Brown was born May 3, 1933, in Barnwell, S.C., but was abandoned by his mother at age 4. Two years later, he was taken by his father to Augusta, Ga., where he lived in a brothel run by his great-aunt. The boy earned his keep by doing chores and dancing for change from passing troop convoys from nearby Fort Gordon.

At 15, he was arrested for breaking into cars and was sentenced to 3 1/2 years at the Georgia Juvenile Training Institute. During a baseball game between inmates and local players, Brown met a gospel singer named Bobby Byrd, whose family agreed to take Brown in and help him find a job to secure his release from reform school.

Brown began performing with Byrd's gospel group and got a job at a local garage. Brown and Byrd formed a friendship and professional relationship that would last for the next 50 years.

After seeing a performance by Little Richard, the group left gospel behind and renamed themselves the Flames, and later the Famous Flames.

The group recorded a song called "Please, Please, Please" at the radio station WIBB, and it caught the attention of talent scout Ralph Bass, who signed the group to King Records. The song was released in 1956 and sold a million copies.

Little Richard continued to play a role in Brown's rise to the top. In 1957, when Little Richard bolted from pop music to become a preacher, Brown not only finished his tour, but also picked up some members of his backup band. A year later, the group released "Try Me," which would become Brown's first No. 1 hit.

Brown was already well on his way to earning the nickname as "the hardest-working man in show business" with dazzling live shows marked by spectacular sets and costumes -- and even more spectacular moves from the pompadoured singer, whose raspy voice soared into ear-splitting screams. Onstage, Brown was a whirl of sweat, sound and energy, his feet slipping and sliding in circles before his whole body dropped down to the splits and bounced back up again.

Brown wanted to capture the power of those live shows on record, but King Records owner Syd Nathan wouldn't go for it. So Brown put up the money himself to create "Live at the Apollo" in 1962. The album went on to hold a spot on the pop charts for 14 weeks and is still considered one of the greatest live albums ever made.

Brown's searing vocals and onstage pyrotechnics suddenly made performers like Ray Charles look "old hat," Peter Guralnick wrote in "Sweet Soul Music." Brown was riding a rocket that would carry him through the '60s with the greatest hits of his long career -- from "Night Train" (1962) to "It's a Man's Man's Man's World" (1966) to "Get Up" in 1970.

Because of the increasing complexity of his politics, it was almost inevitable that Brown would get caught up in the turbulence of the times. While, on the one hand, "Say It Loud" spoke to the rising Black Power movement, Brown released the patriotic "America Is My Home" the same year, which made him a target for criticism by the very people who had rallied to the lyrics of "Say It Loud."

Although his greatest chart-dominating days were behind him by the 1970s, Brown continued to have scattered hits throughout his career, including "Get on the Good Foot" in 1972, the album "The Payback" in 1974 and "Living in America," the theme song for "Rocky IV," which reached No. 4 on Billboard's Hot 100 chart in January 1986. On the other hand, there was Brown's effort to move into the disco market with the 1979 album "The Original Disco Man," which made it only to No. 152 on the album chart.

Despite the poor sales of that album, Brown was back in the public consciousness a year later, thanks to a show-stopping cameo in "The Blues Brothers" with Dan Aykroyd and John Belushi.

In 1986, he was a member of the first class of inductees into the Rock and Roll Hall of Fame in Cleveland. He received Grammys for "Papa's Got a Brand New Bag" in 1965 (best R&B recording) and "Living in America" in 1987 (best R&B vocal performance, male), and a lifetime achievement honor from the academy in 1992.

He also was honored by the Songwriters Hall of Fame in 2001 and the Rhythm and Blues Foundation Pioneer Awards in 1993, and was a Kennedy Center honoree in 2003.

While Brown lived large, he also lived hard, and he was in and out of trouble throughout his life. He was arrested multiple times on drug and firearms charges, including a 1988 arrest after he led police on a high-speed chase. He was sentenced to a six-year term in December of that year for a number of offenses, including assault and drug possession. He was paroled in 1991.

His personal life was no less tumultuous. His third wife, Adrienne Lois Brown, had him arrested several times for abuse. The pair fought and reconciled many times before her death in 1996.

Brown is survived by his fourth wife, Tomi Rae Hynie, and their son, James Jr., as well as at least three other children. Funeral arrangements are pending, Copsidas said.
Some of James Brown's biggest hits 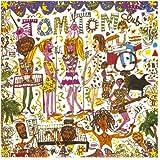 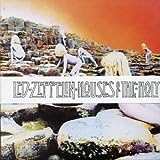