It was an awakening of sorts – to my young ears this was music that sounded otherworldly and full-grown. Unlike the neat, chirpy pop songs I heard on the radio, it sprawled louchely from the speakers. It wasn't the spreadeagled sound of the Stone Roses exactly, though to my mind then it shared a similar rambling expansiveness. Instead there was an intent to it, something blistering beneath.

I would listen to Light My Fire and Riders on the Storm, to The End, Break On Through (To the Other Side) and Love Her Madly, and wonder at this music's ability to transport the listener, at where and how it had begun and where and when it would end. そして、Ray Manzarekの「鍵盤（keys）」こそが「ドアーを開けるための鍵（the key to the Doors）」であることに気づいていったという；

While I understood the charm of Jim Morrison's snake-hipped crooning, for me the seductiveness of the Doors always lay in the keys: the way they twinkled beneath Riders on the Storm, the constant nag of them in the side of LA Woman, the near-spasm of them at the start of When the Music's Over. There was always something so physical and commanding about their presence. It seemed to me then that the pulse beneath these songs was always Manzarek's playing, that those keys somehow embodied all the storms and strangeness, the fire and love, the other side of these songs.

It was the keys that made you feel as if you were always on the cusp of something: the strange outsider trying to set the night on fire, loving madly, riding that storm; it was the keys that made you feel you were occupying that teetering space on the edge of society, the brink of insanity, one step from wildness, from succumbing; that you were hovering somewhere between a threat and a thrill. And so to hear Manzarek play always summoned in me a similar feeling to all those other early adolescent adventures. It was the sound of car rides with boys and warm beer in bus stops. It was a stomach flip, a flutter in the chest, the veins rushed with blood. I felt charged by the danger of it, the glowering lust of this music. 13歳のLaura Bartonを最初に「扉」の内側へと誘ったのはオリヴァー･ストーンの伝記映画。俺はこれを観ていないのだ。Adam Sweetingはオリヴァー･ストーンの映画に腹を立てていたという；

(…) Manzarek himself had been outraged by Oliver Stone's 1991 film The Doors. "[We] were about idealism and the 60s quest for freedom and brotherhood," he said. "But the film … is based on madness and chaos. Oliver has made Jim into an agent of destruction." 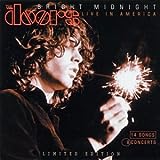 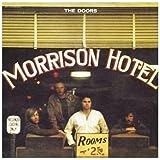