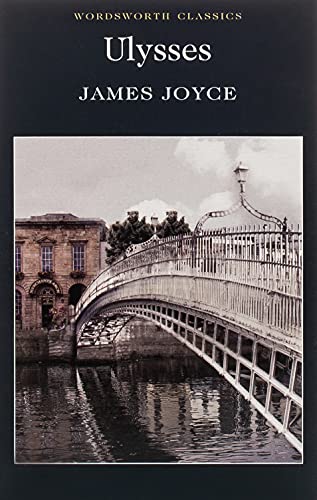 Beach, the owner of Shakespeare & Company on the Rue Dupuytren, was determined to have it published in book form, which she did, bankrolled in part by her own money on the promise of subscribers.

Writing about the task at the time, she said she had to "put every single centime aside to pay" the book's printer.

Prof Keri Walsh*2, director of the Institute of Irish Studies at New York's Fordham University, says Beach's decision to publish turned her into a "culture-hero of the avant-garde".

"There was a sense that people knew that this was going to be one of the defining books of modernism, so she understood that she would assure her own place in literary history by being the publisher of it," Prof Walsh tells BBC News NI.

Joyce and Beach first met in 1920, not long after he moved to Paris.

He had long left Ireland in self-imposed exile, living in Trieste, Zurich and the French capital.

"Joyce was very tired at this point. He had spent so much time fighting to finish Ulysses, and get through [World War One] and survive, he felt she could provide some sort of stability and support for him and his family," she adds.

"She was much more than a publisher - a banker, agent, administrator, friend of the family. For a very long time that relationship worked well."

But following disputes over publishing rights, the relationship between Joyce and Beach soured and the latter ultimately ceded the novel's rights, writes Prof Walsh in The Letters of Sylvia Beach.また、ジョイスとアイルランドとの複雑な関係；

Joyce had a hugely complicated relationship with the country of his birth, and vice versa.

He left in 1904 aged in his early 20s, and made four subsequent visits, but after 1912 he never again returned.

And yet his works are set in Ireland, with Dublin in many ways a character in itself.

Joyce wanted to change Ireland by changing the way the Irish saw themselves, Prof McCourt*3 argues.

"He was hugely connected to Ireland. He knew he wasn't going to make any friends through his books, he couldn't have done it had he stayed in Ireland.

"He had to do it from what he calls in Finnegans Wake, the 'safe side of distance'."

There were some, though, who recognised Joyce's importance, says Prof McCourt.

These included Irish government minister Desmond Fitzgerald, who called on Joyce in Paris and proposed that he be nominated for the Nobel Prize for Literature.

But overall the hostility to Joyce continued right up to and including his death in 1941 in Zurich, to the extent that there was no official Irish representation at his funeral. ところで、ヴァージニア・ウルフは最初、『ユリシーズ』を”tosh”と評していた！*4