Today, it is almost a commonplace that technology is transforming the world, and that many of us are struggling to cope. But Alvin Toffler, who has died at the age of 87*2, was the first to take that idea into the mainstream in his book Future Shock (1970), which blamed society’s ills on the “dizzying disorientation brought on by the premature arrival of the future”.

It was a sensation, selling millions of copies and turned into a film narrated by Orson Welles*3. Alongside further works such as The Third Wave (1980), it established Toffler as one of the world’s most famous futurists, and saw phrases such as “future shock”, “information overload” and “the information age” added to the lexicon. 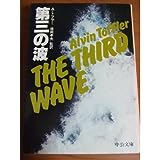 Toffler helped to foster the belief within Silicon Valley and elsewhere that the function of technology firms was not just to make money, but to change the world. He also pioneered the idea of the writer as public intellectual, parlaying that first bestseller into a lucrative career as a lecturer, consultant and all-purpose oracle. Toffler’s publicity friendly neologisms and overheated language – one reviewer complained that he “sends flocks of facts and speculation whirling past like birds in a tornado” – did not always catch on. For every “prosumer” (someone who both produces and consumes products or media) there was a forgotten “antiwar”, “cognitariat”, “configurative me” or “practopia”. But many of the authors filling the popular science shelves are essentially colouring within the lines he drew.

He was perennially pessimistic about the ability of government and other bureaucracies (including large companies) to cope with the changes he described. As early as 1996 he warned that the European Union’s “runaway harmonisation of everything in sight from education to standards for automobile tyres” would lead to disaster. Yet he still maintained that while humanity faces “the deepest social upheaval and creative restructuring of all time”, the end result would be a great leap forward for mankind.