Marybeth Hamilton In Search of the Bluesという本の批評。ブルースと構築とはまさに鴨嘴博士にぴったりの本か。

“In Search of the Blues” is not about the blues, or the people who made the blues. It’s about people who made the dark side of blues music into what popular mythology calls “the Delta blues.” Those people aren’t singers or players but folk song scholars and record collectors.

So Marybeth Hamilton believes. She organizes her book around the personal stories of five people or groups of people. The first three — Howard Odum, Dorothy Scarborough, and John and Alan Lomax — are scholars. The last two groups — Frederic Ramsey, Charles Edward Smith and William Russell, followed by James McKune and the acolytes called the Blues Mafia — are collectors. Most of the scholars are older. The collectors are more obsessed.

Hamilton’s position is that these scholars and collectors — all of them white, all of them educated, all of them middle-class — are the people who determined our understanding of the Delta blues (a k a country blues). That is, the musical similarities and differences among Charley Patton, Son House, Robert Johnson, Big Joe Williams, Muddy Waters and Howlin’ Wolf — all of them black, none of them educated, all of them poor — can be excluded from such a discussion, except in the way they affected the thinking of the scholars and collectors. “Here our view of the singer is obscured by the presence of the narrator,” Hamilton writes. But as she tells the story, the singer is obliterated. しかしながら、評者はかなり厳しいコメントをしている。例えば、

Hamilton, who teaches American history at Birkbeck College, University of London, and is the author of a book about Mae West, ignores the lineage of heavy beats and a common pool of lyrical imagery. She does not even bother to state and then dismiss the notion that there is something in the content of the music that led to its image as profound and unsettling. Instead, she describes the blues as an idea that developed as the result of a search for a pure aesthetic expressed by primitive African-Americans untainted by the modern world. The seekers, some in the service of white supremacy, some operating under the banner of Popular Front proletarianism, some in the thrall of art for art’s sake, hoped to locate the one true voice of the Negro in the deepest, darkest South.

One of the distinguishing characteristics of “In Search of the Blues” is that virtually no black voice is heard. (The page-and-a-half exception is a characteristically vituperative letter written by Zora Neale Hurston to John Lomax.) John Work III is not a figure in this tale, even though as a second-generation black musicologist, he was Alan Lomax’s partner and guide in a project to record blues in the Delta in the early 1940s. Lomax never credited Work, but recent research has established him as at least Lomax’s equal in the study. Hamilton gives him but two passing mentions, neither of which even alludes to Lomax’s dishonesty. 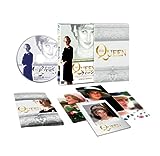